All the toddler mama’s, put your hands up! Who’s with me? Have you had enough of the dinnertime drama? I knew you’d be right there with me. 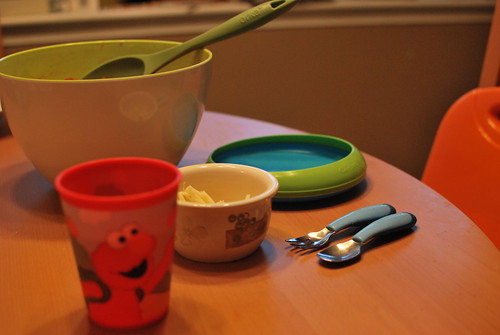 The hubster and I have started to dread dinnertime. The fighting. The crying. The guilt. It’s all too much. We know the child is hungry but it just flat out would refuse to eat what we were having. I am not one to let the child go starving but I felt that he needed to at least try the dinner. If he didn’t like it, fine, I will make you something else. I’m not a short order cook! They are both lucky that I cooked one meal!

So here is what we tried:

None of that was working. And, frankly, they weren’t the aggravation. I was talking with some co-workers one day and several brought up some suggestions. I had an “A ha! Moment” when I heard the one suggestion.

Don’t plate his dinner. Put the choices out in front of him and let him pick.

Now seriously, why didn’t I ever think of this?! 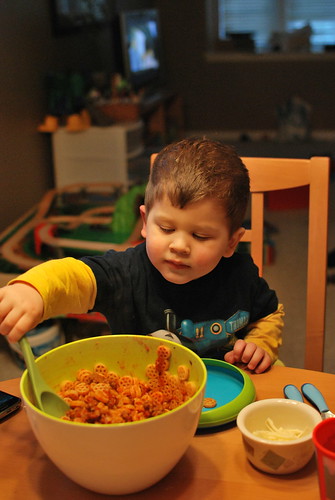 We have been going with this method for the past week. We’ve had our good days {and some bad}. But it’s working! He loves scooping his own food on his plate and he tends to eat a lot more {even the stuff I don’t think he will eat}. I really thing it’s a control thing. He has control over how much, what he eats, and if he wants more. 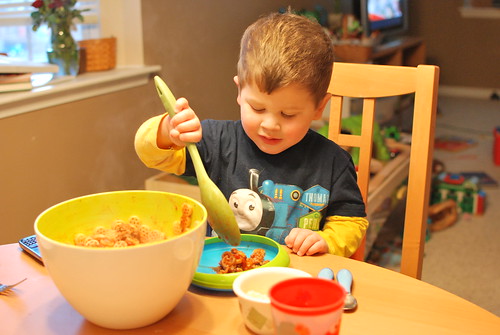 Dinnertime has been a lot more enjoyable and peaceful. 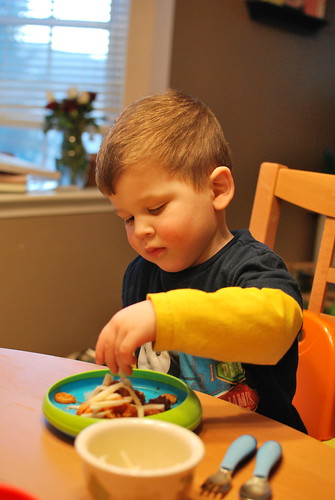