You are here: Home / Crafts / Easy Valentine’s Day Cards
2shares
I have been meaning to post this for a few weeks now. It’s so late but so cute, I just have to post it anyway.

When were stuck in the house due to SnOMG!, I was trying to come up with some activities to keep E busy. He loves doing crafts so we ended up doing a lot of coloring and painting.

Since Valentine’s Day was right around the corner, I had him make some Valentines for our family. I dug out my old scrapbooking supplies and some crayons and away we went. 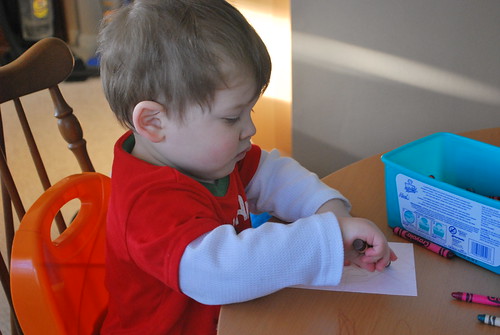 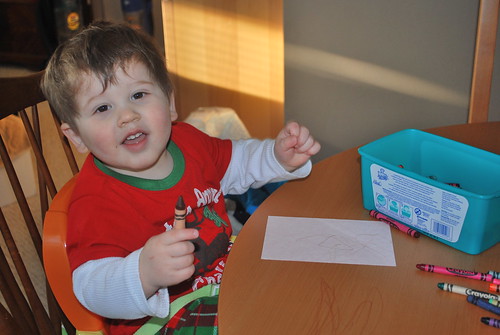 Earlier in the week, I saw somewhere (either on a blog or a message board) an idea for Valentine’s Day cards. We all have pictures laying around that we had grand plans of putting in frames and albums and it never happened. Instead, we used them for our cards. I cut E’s head out in the pictures and glued them onto the picture he “drew.” 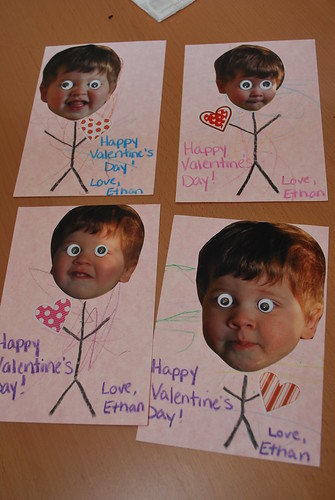 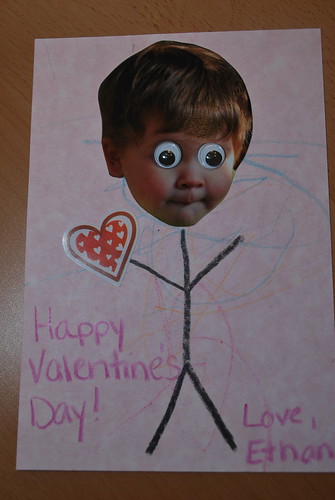 Are these not the cutest things ever? I have this one hanging in my cubicle. Whenever I need a little chuckle (which is way too often), I look over at it and smile. We handed them out to family on Valentine’s Day and they were a big hit!