That is all E said while we played in the snow. He did not like that it was up past his waist and he couldn’t move. Can you blame him? 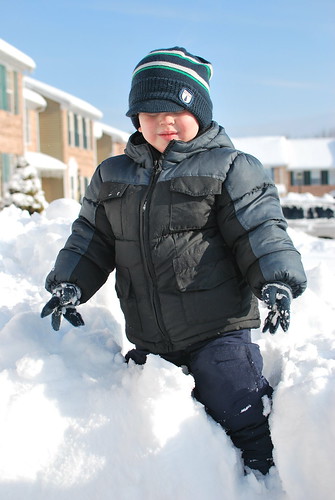 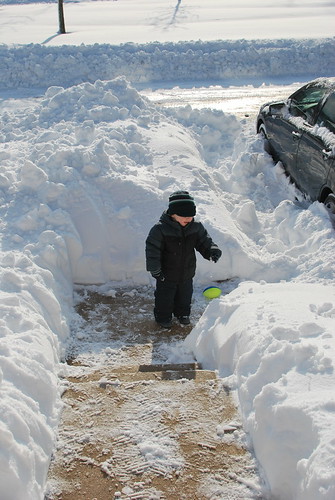 But he had to go out to check out the snowman the neighborhood kids made on our front lawn for him {so sweet of them!}. 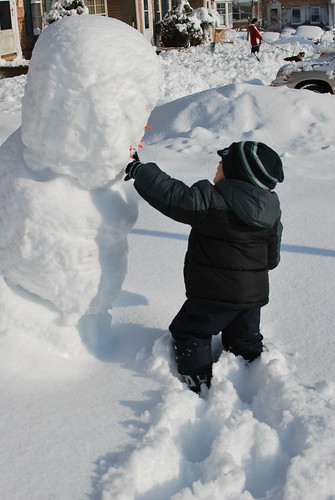 He didn’t last long. He climbed up the steps {he really was like a giant marshmallow in his gear} and cried to go in. I tried to entice him to stay out but it didn’t work. 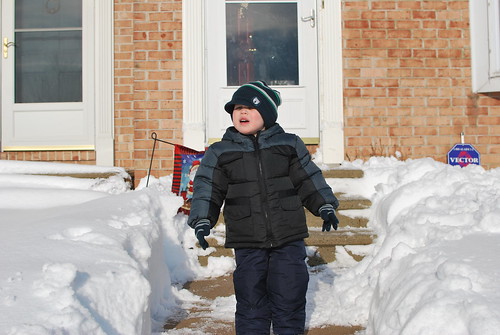 Mother of The Year right here! He had a bootful and pantful of snow! No wonder he wanted to go in. I would want to too.

We are still waiting for the plow and front end loader to come out and do the parking lot. One problem: They don’t know where to put all the snow! We got at least 15 inches {if not more} and added to the snow we got last week {and the week before}, there just isn’t anywhere to put it. 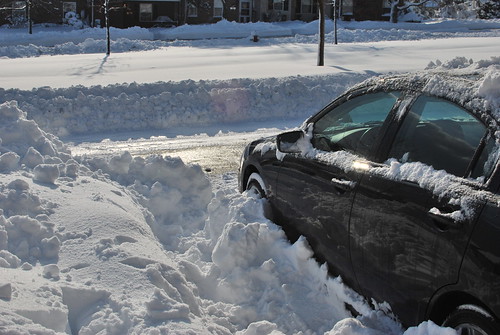 Good thing we don’t have anywhere to go! 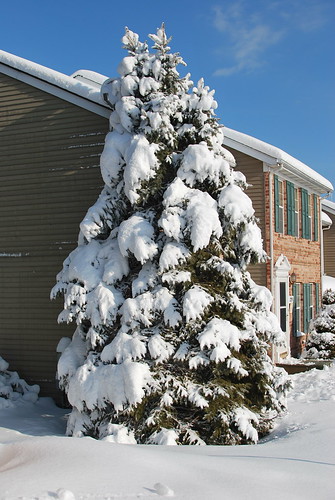