Back when I started planning Benny’s Baptism, I was, well to be honest, delusional. I had all these grand plans for an elegant, simple party. You know something that looked like it was nothing to pull off but really you spent hours and days making sure everything was just so.

Then I got busy.

And then his baptism got cancelled because of that pesky little hurricane known as Irene.

Then I got busier.

Then before I knew it, it was baptism weekend and nothing {and I mean nothing} was done. I ran around like a crazy person trying to get everything together. I mean, the kid didn’t even have an outfit until the Friday before. Big Mommy Fail. {But the outfit I ended up getting was absolutely adorable…more on this later.}

But I must say, it all came together and was absolutely perfect. It was very laid back and casual. Everyone enjoyed themselves and had a great time.

My only mistake that day? Giving the camera to my brother-in-law. I don’t have many pictures of his actual baptism but we did get a few good ones. 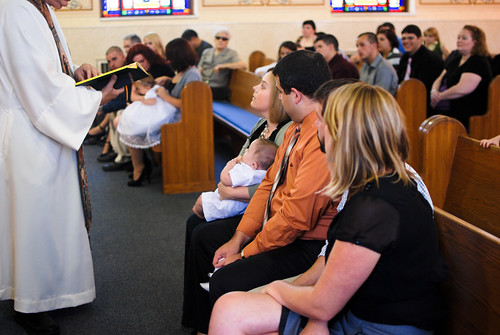 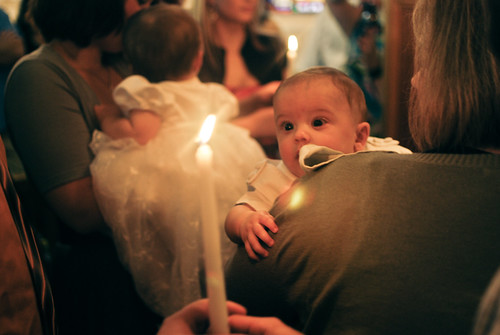 And what does my other son do while his baby brother is being baptized? 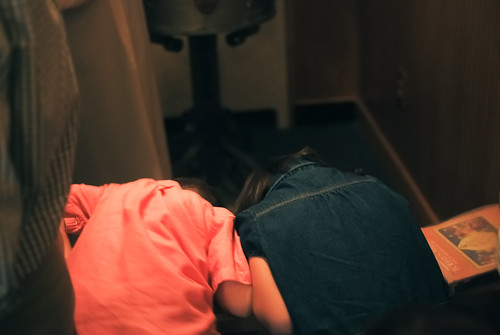 I have no idea what they are doing and, quite frankly, I don’t want to know!

This picture just cracks me up because they all look like they are trying to be on their best behavior! 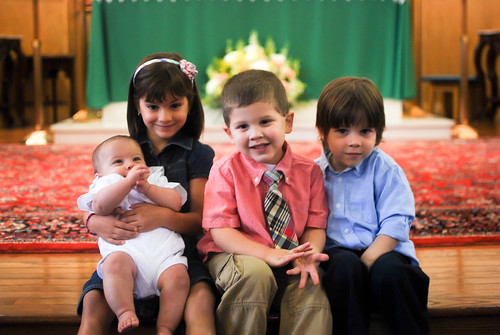 After family pictures at church, it was time for the party. I am happy to say I was able to stick to a few things that I had originally planned. I had a dessert bar but skipped the cupcakes in a jar. We ended up get the most delicious cake and I made chocolate covered pretzels {which E helped with} and Oreo Truffles {which the hubster helped with}. 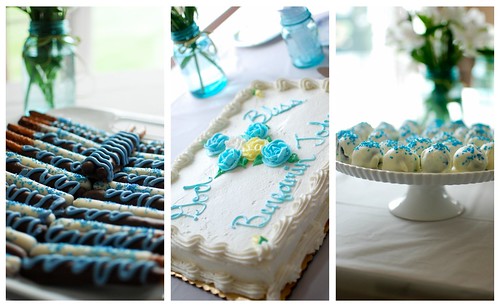 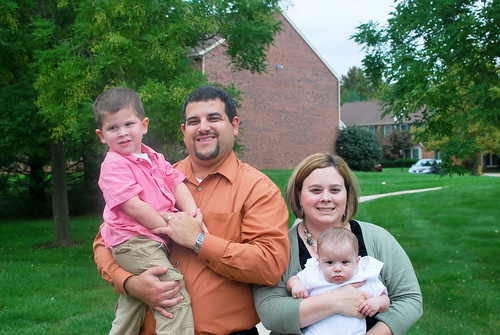 We’ll have to try again another time!