You are here: Home / Home & Family / The Good News
0shares

I promise the blog won’t be taken over by all things pregnancy. But hey, that’s what is going on right now!

After last month,  the hubster and I were officially ready for another baby. We were still taking the “not trying but not avoiding” approach but we really wanted it to happen.

After a long 2 week wait, and just knowing that AF would should up the minute I bought a pregnancy test, I caved and tested. BFP! That little plus sign popped up so quickly. But I was still having a hard time believing it. 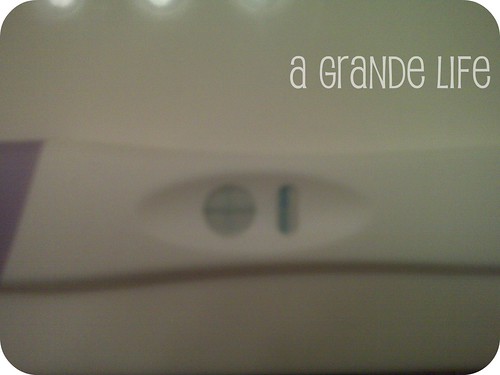 I just needed to confirm with a digital. There is something about seeing the word “Pregnant” that helps it sink in. I practically ran out of work to head to the drug store to buy one. I tested as soon the minute I walked in the door (which was a good thing, I had been holding it all afternoon!). And again, almost immediately, the result popped right up. As Jenni said, “It’s the prettiest thing that someone has ever peed on.” 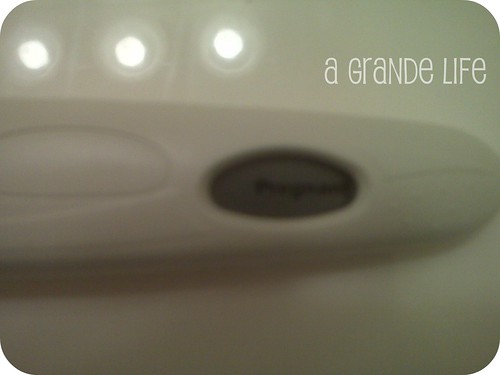 Once I had confirmed with a digital, it was time to tell the hubster. Yes people, up until now, he did not know. He had an inkling of what was going on, but he really had no idea.

When he and E got home, I gave E the test to show to the hubster. And that was that. My husband is a man of few words, but I knew he was excited. Either that or he wanted to jump off the nearest bridge.

We “tried” to explain to E what is going on. As of right now, he knows what a big brother is and that he wants a “gurl” baby. He also thinks that the baby will sleep in his bed.

We’ll see how his tune changes in May.