You are here: Home / Travel / A Household Divided.
0shares

Let me back track.

A few months ago, the hubster bought tickets for the game since we were going to be out in Pittsburgh on vacation. Plus it was a fireworks night (more on that later). He bought enough tickets for everyone to go. E didn’t have a Pirates’ shirt to wear so I bought him one online specifically for the game.

I am such a sucker. I finally figured out a few days before we left that the Pirates were playing the Phillies. E has at least 2 Phillies’ shirts he could have worn. You best believe I packed mine!

On the day of the game, I got E dressed in his shirt (he looked really cute) and headed to get myself dressed. When I walked outside, the hubster’s grandfather said “You aren’t wearing that are you?” He looked as if I walked out in a tube top and mini-skirt, which would be quite tragic on me.

We headed to the game a little early because a) Pittsburgh traffic sucks, 2) my BIL was tailgating in the parking lot and III) see a.

I couldn’t believe how much red I saw walking around. Phillies’ fans were definitely representin’! I was so glad that I wore my shirt (which is blue by the way). 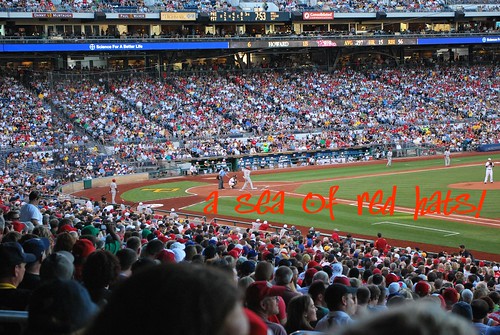 We settled in our seats and the game started. E had a blast! 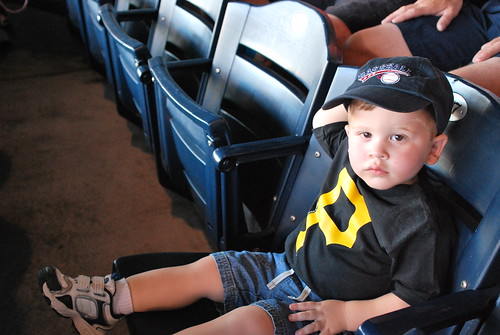 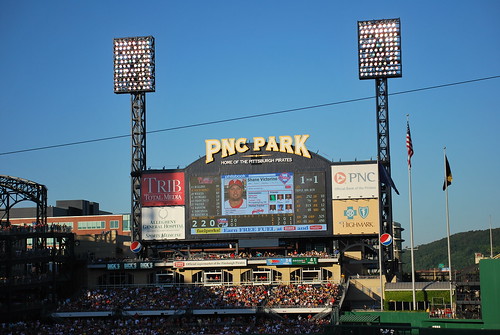 E loved the Parrot (which doesn’t even come close to the Phanatic) and was really into the game. Except he was cheering for the wrong team. Since the Phillies’ won the game 12-4, there was a lot of cheering to be done on my part. And of course, he was cheering along side of me (in his Pirates’ shirt). The hubster kept joking around with E telling him to stop and holding his hands which only made the kiddo cheer louder and clap harder. 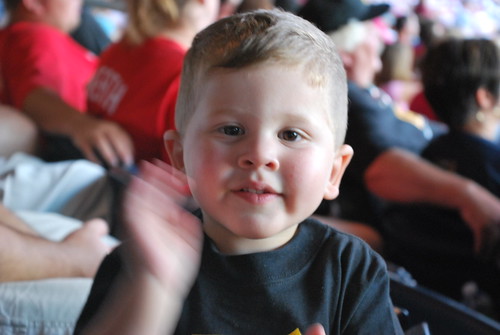 The little guy didn’t care who he was supposed to cheering for. His dad can explain that all to him in a few years. If I have my way, he’ll grow up a true Philadelphia fan (minus throwing snowballs at Santa Claus). It won’t be easy (especially when it comes to hockey), but my boy is smart. He’ll figure it out sooner or later. 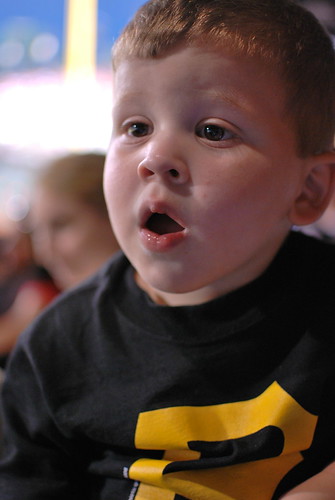