Last night, E went to his first hockey game. And I am so proud to say that it was a Flyers’ game not a Penguins’ game {score 1 for me}.

At first, E was still under the influence of his father. He kept saying “Flyers’ are bullies” and “Let’s go Pens!”. Throughout the day, I started to plant my seeds. And before long, I had him saying “Let’s Go Flyers!” and “Pens stink” {score 2 for me}. 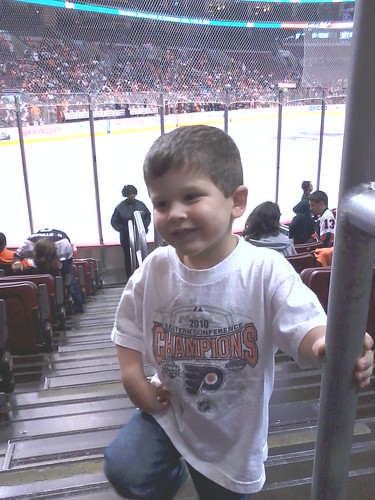 E was hysterical during the game. At every stoppage of play, he asked if it was all over. He cheered {on his own, mind you} when the guys “crunched” each other. He was confused at the fighting {3 fights last night} and told the guys to go in time out. And he danced and cheered when they scored!

We had to take E on little walks throughout the game to keep him entertained. He hung around with a Goalie… 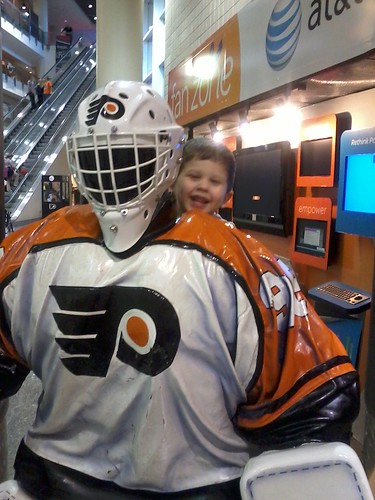 …and came back with a “treat”…that his father bought {score 3 for me}. 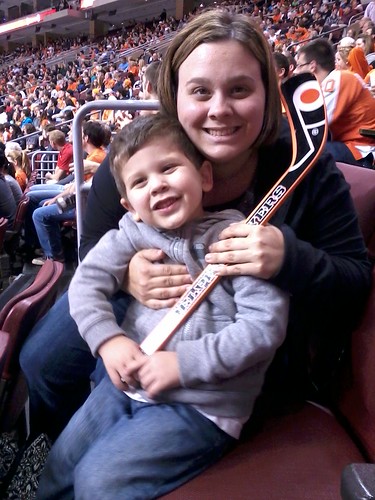 All throughout the night, he kept grabbing our hands and saying “Thank you for bringing me here guys.” Heart. Melted.  But as we were walking to the car, just when I thought it couldn’t melt anymore, he said, “I had a great time, guys. Thanks for bringing me. You twos are my best buddys” {score 1,000 for E}. 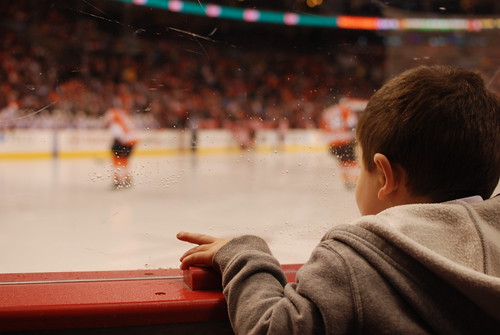