You are here: Home / Home & Family / On My Soapbox | your three words
0shares 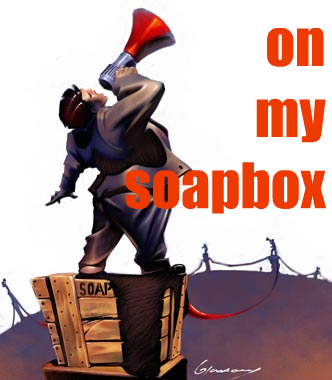 When I woke up this morning and saw the news about the earthquake in Japan, my first thought was “OMG those poor people. I hope there are not a ton of casualties and that everyone is safe.” NOT “Yes, they finally get a payback for what they did to us in Pearl Harbor.”

Take that in for a minute.

That was one of the first comments I read on CNN’s coverage of the earthquake.

It’s official. I have lost all faith in humanity.

I know I did not grow up in a time when the Japanese were the “enemy” and let’s face it most of that generation {that is still with us} has moved on and actually forgiven them for what they did.

So why all this hatred?

Is this really what our society has become? That we have to hate everyone.

It’s no wonder other countries hate us. We sit and try to comprehend how some Middle Eastern countries hate us down to their core so much that they would do almost anything to hurt us. After seeing some of the events that have taken place over this week, is it really that hard to understand anymore?

We even turn on our own. Did you read some of the comments about the poor Pennsylvania family who lost seven children in a house fire? If you didn’t, count yourself lucky. That was the first step towards my turn on the soapbox.

I have been trying to wrap my head around these comments and I try to pass it off as people putting on their big, bad attitudes for the internet. That got me through maybe 10 minutes. But when you really think about it, those feelings exist, somewhere. And as long as those feelings are stewing inside someone, they will eventually bubble up and come out.

My thoughts and prayers are truly with the people of Japan right now {and all of the other countries that will be effected by the tsunamis, including our own}.

***
Link up your three words with Jenni from the Blog.