You are here: Home / Home & Family / The Pumpkin Patch
0shares
Friday night, we decided to hit the local pumpkin patch. If we didn’t do it then, who knows when we would have gotten around to it! The next couple of weekends are jam packed.
As soon as we got there, E made a bee line for the hay maze. He thought it was the best thing in the world. He must have ran through that at least a dozen times. 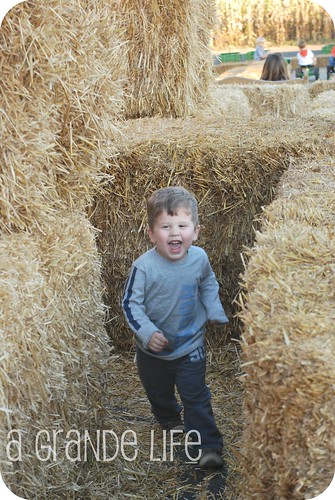 After running through the maze, it was time to pick out the perfect pumpkin. E had to make sure it was just right. Some were “too dirty” or “too small.” He finally found the one! 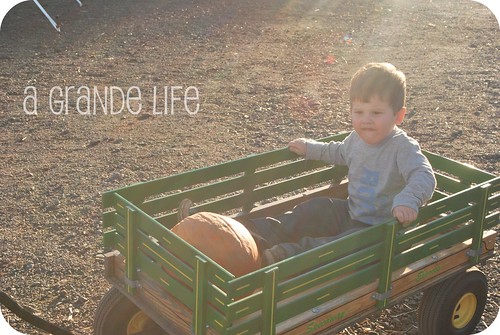 Now that we had the perfect pumpkin, it was time to pick some apples! 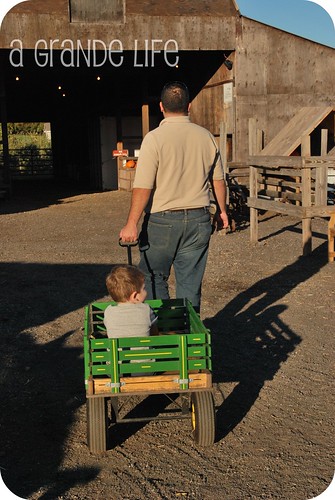 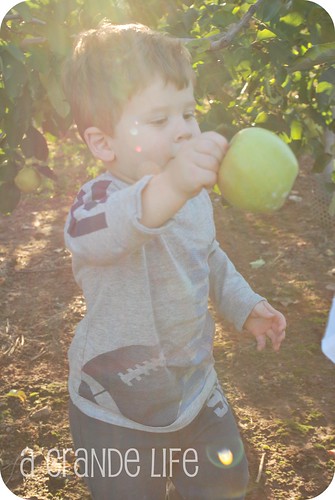 There weren’t alot of apples left, but managed to get a few that were decent. I plan on making some apple crisp with them (drool!).

When we got home, the hubster wanted to carve the pumpkin right away. He started by cutting the top off and then handed the pumpkin over. I guess it was my job to de-gut it. As I was scooping the goop away, he and E picked all the seeds from the pulp so that we could roast them later.

Then it was time! E picked out a pattern from the pumpkin book and away I went. This was my first time carving a pumpkin. Shocking I know! And I don’t think I did a bad job at all! 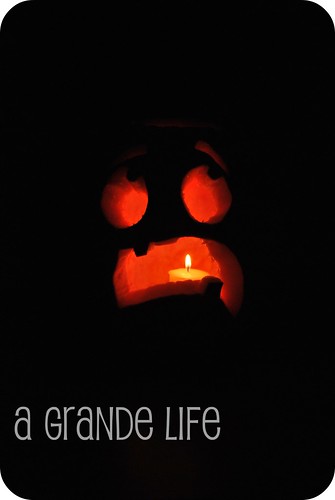