..how to get to Sesame Street!

On Saturday, we took E to Sesame Place as part of the Mom Bloggers Club Tweet Up! Of course, Saturday just had to be 90+ degrees outside. We weren’t even out of the car and the hubster looked at me and said “I’m ready to go home.”

But we toughed it out.

The first thing we did as soon as we got there was jump on the Carousel. He loves them and I was very proud of him. He was so patient while waiting in line. Then it was our turn! 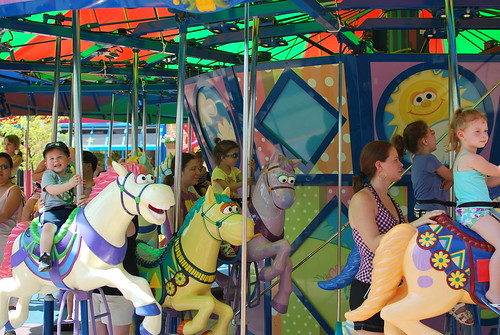 After the ride, E spotted some water activities. Mother of the Year didn’t even think to bring bathing suits. I just didn’t think that the water rides would be open! We made our way to Trader Bert’s and looked for some suits. I was very surprised at how affordable they were. E picked out a really cute bathing suit and the hubster grabbed one as well.

2 bathing suits, a pair of water shoes, a swim diaper and 68 dollars later, we were ready for the water.

Except, now E wanted nothing to do with it. The hubster said the water was ice cold and E would not let him put him down. 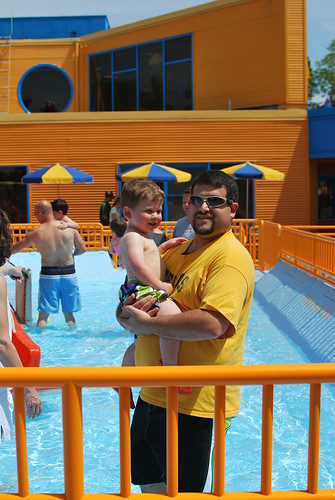 After the “playing” in the water, I took E on the Flying Fish. He had been eyeing it up while he was in the water with the hubster. He had so much fun! 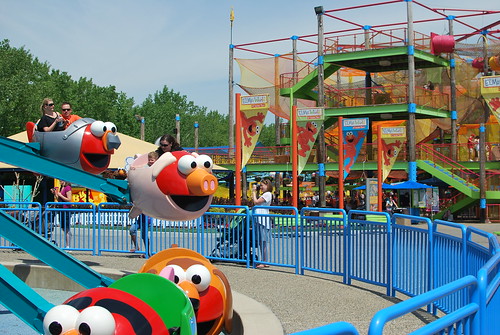 After the ride, it was time for lunch. I met a ton of great Mommy Bloggers from the area! E got to meet Grover and Zoe. You can’t tell from the pictures but he was very excited. 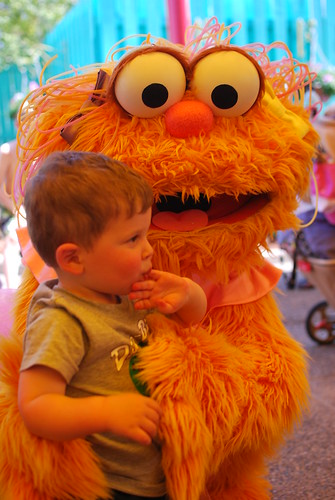 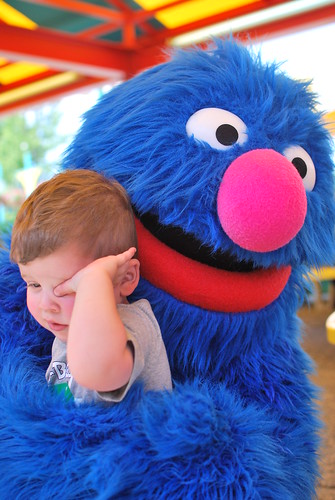 After lunch, we decided it was time to go home. E was getting tired and it was so stinkin’ hot out. We were barely on the road and he passed out! He had so much fun…but that was only the beginning of our family fun day! 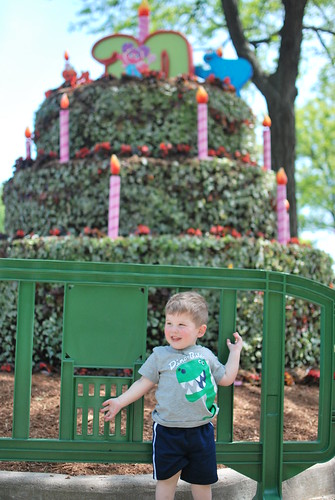 Thank you Jennifer of Mom Bloggers Club and Sesame Place for a wonderful day!