Theme: 6 celebrities you had crushes on when you were a tween or teen


I was teeny bopper/tween/teen back in the late 80’s and 90’s. Man, where there a lot of choices when it came to heart throbs! And if you had trouble picking one, you could always turn to Teen Beat, BOP!, and Tiger Beat to help you out.


Joey McIntyre – What list would be complete without one (or two, or more) members of the New Kids on the Block. My heart belonged to Joey. When he sang Please Don’t Girl, he was singing to me.

Mark-Paul Gosselaar – Who didn’t have a thing for Zach? He was the coolest of the cool. I still find myself watching Saved by the Bell when it’s on. That show has really withstood the test of time (even if the multiple spin-offs were crap).

Jonathon Brandis – Oh Jonathan, you left us too soon. I loved Ladybugs! It actually made me want to play soccer. Only JB would look hot in drag. 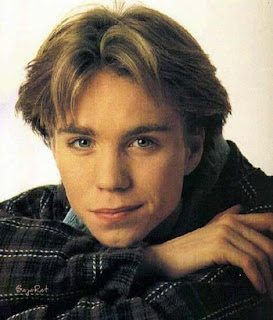 Rider Strong – Sure Ben Savage is adorable but it’s his bad boy side kick who’s the hottie.

Joshua Jackson -I was ahead of the game and fell in love with Joshua when I first saw the Mighty Ducks. But the real crush was fueled when the world was introduced to Pacey.

Eric Lindros – I would be a complete sham if I did not include Eric. I was really into hockey during middle school and high school. And believe it or not it was because of this man. Hey, I couldn’t help it! I lived in Philadelphia and he was promised to be our golden boy (lies, lies, LIES!). I can actually remember where I was when the news came out that we had drafted him. I was on the beach in Atlantic City and the Fudgey Wudgey Man was broadcasting it up and down the beach. Just look at that face. How could not have a crush on him?