You are here: Home / Home & Family / SnOMG!
0shares
SnOMG! Snowmaggedon. Snopocalpyse. Whatver you want to call, the fact remains, we got a ton of snow this weekend. And it looks like more is on the way!

The snow started falling sometime Friday evening and didn’t stop until Saturday afternoon. E loved standing at the door watching it come down. At first, I wasn’t convinced that it was going to amount to much. When we went to bed Friday night, the streets were wet and it was barely sticking to the grass.

But everything changed over night. When we woke up Saturday morning, it was a winter wonderland. 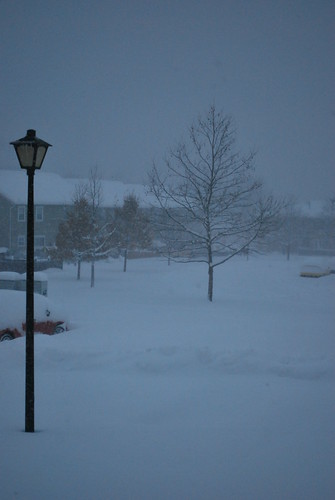 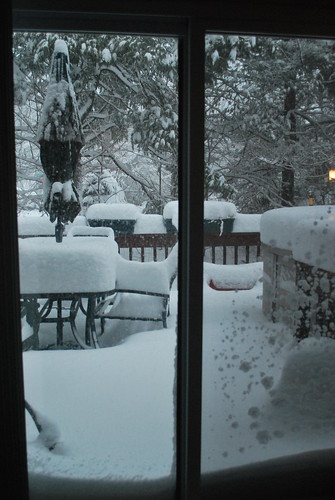 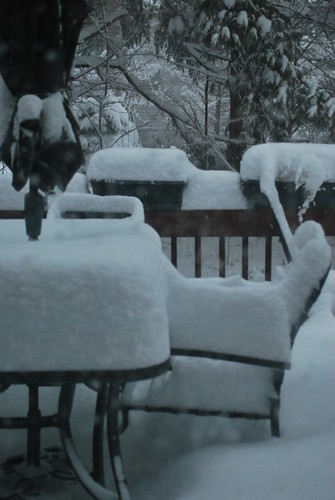 After we ate breakfast and got comfy in our pjs, the hubster decided he should at least shovel our steps. We were going to take E out at that point but it was too windy and the snow was still coming down. Instead, E stood at the door and watch dad shovel. 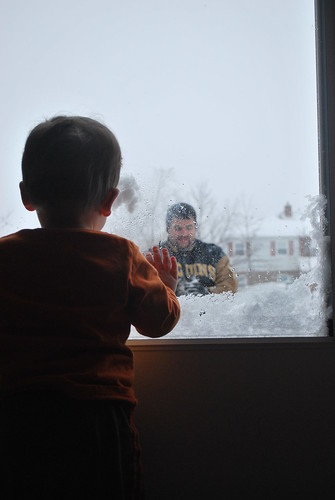 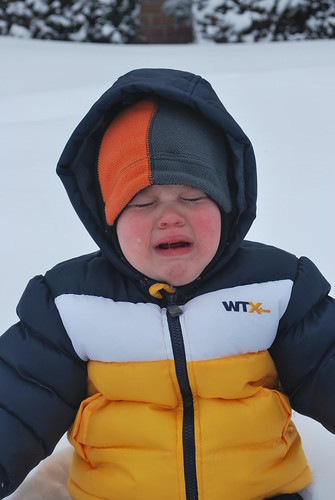 Then the hubster gave him a shovel. And everything was alright after that. 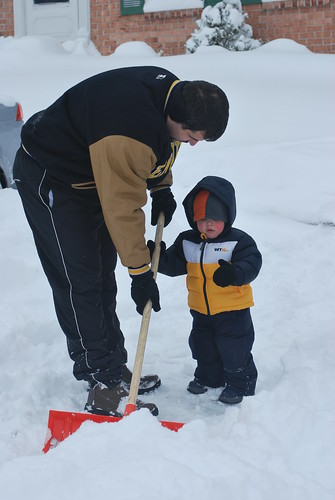 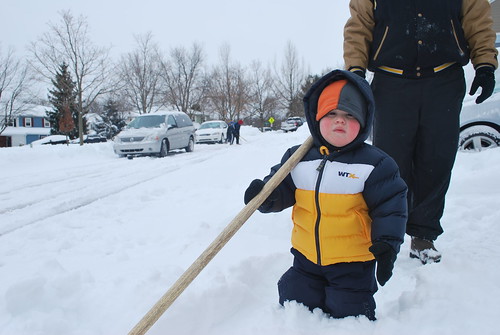 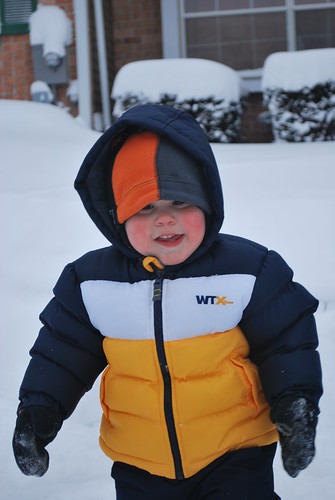 Yesterday, BIL invited us over. He had made a maze in his backyard for the kids (and the dog) to run around in. E had a blast! 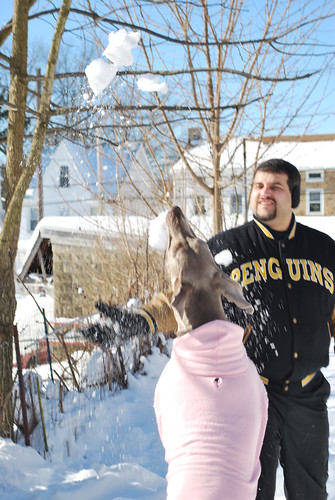 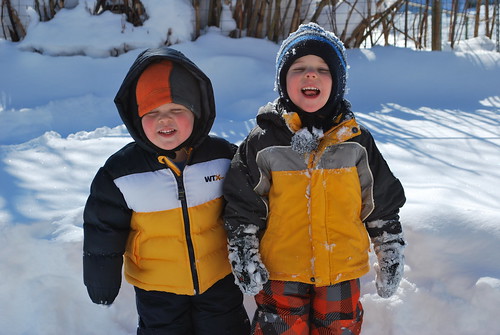 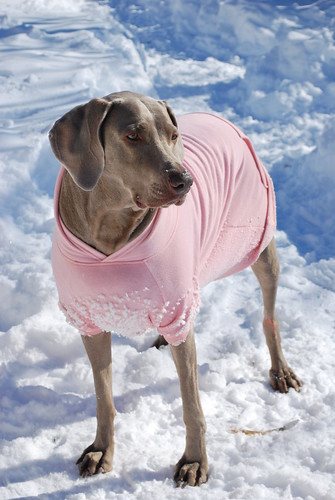 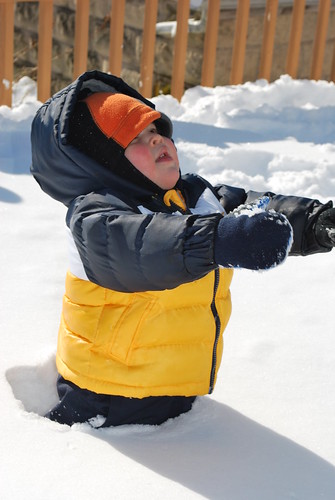 It looks like they are calling for more snow tomorrow into Wednesday. We could get as much as we got this weekend! Now that would be a lot of snow!