You are here: Home / Uncategorized / The Halloween Hangover
0shares

I love Halloween! Now I am not the kind of person who goes all out and decks the house out and dresses up {although I might do that next year}, I still love the holiday. The hubster on the other hand hates it. Even if I wanted to do all that, he would squash my efforts.

Thankfully, E is taking after me in that area. He loves Halloween. All day yesterday, he kept asking if it was time to put his costume on, when were we leaving for his school party, and, most importantly, when could he have some candy. After a much needed nap, we headed to his school for their annual Halloween parade and class party. I dropped him off in his classroom and told him we would see him outside. 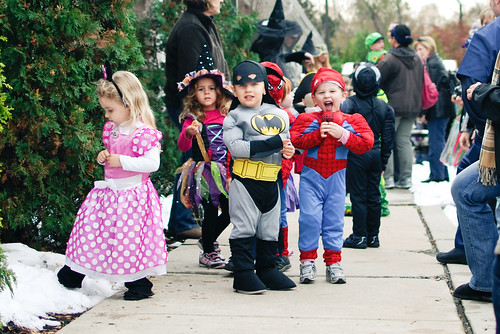 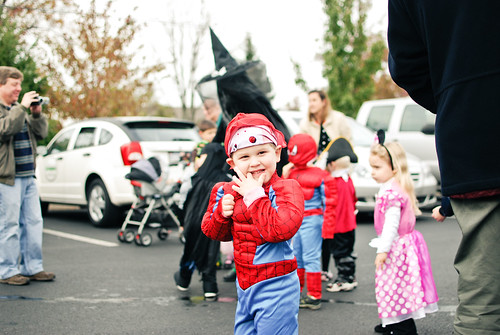 Is that not the cutest Spiderman you ever did see?

After the school festivities were over, it was time to head to my sister’s for her annual Halloween family get together. I love that our kids are so close and that they get to go Trick or Treating together. After filling the kids’ bellies with Mummy dogs, they were dying to go out. But first, we had to get some pictures, of course! 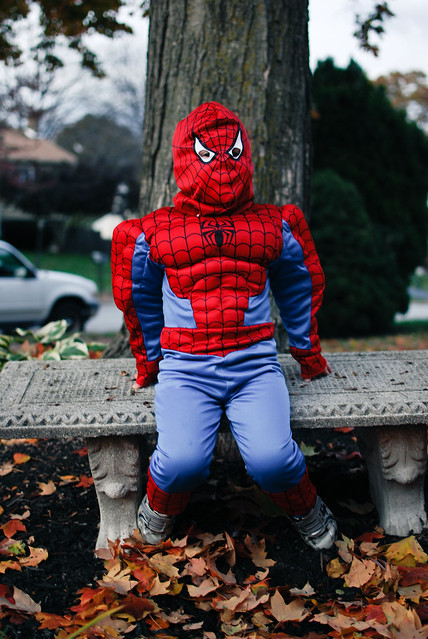 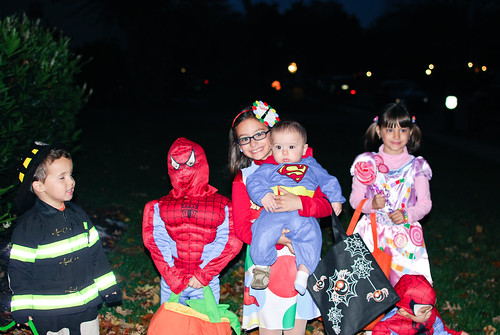 I don’t know how it started but the dads take the kids out and the moms stay at home and hand out the candy, drink coffee, and stay warm! I just don’t know who gets the better deal with that one! 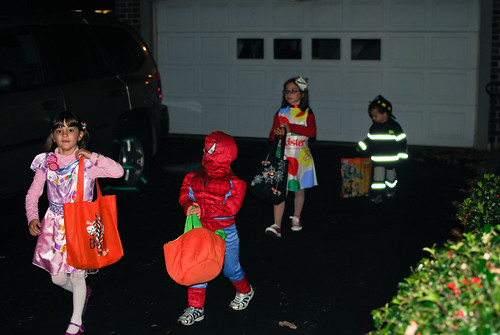 After two hours of Trick or Treating, the kids finally arrived back home. The first thing out of E’s mouth was “I walked into a mailbox, Mom.” Wha?! Sure enough, he was so excited to follow the big kids {and I am sure the Spiderman mask didn’t help}, he walked right into a mailbox. And, according to the hubster, bounced right off of it. He cried for a bit but wanted to get right back out there. That’s my boy!

As all kids do, they dumped their candy and started to sort and trade. They really hit the mother load this year. 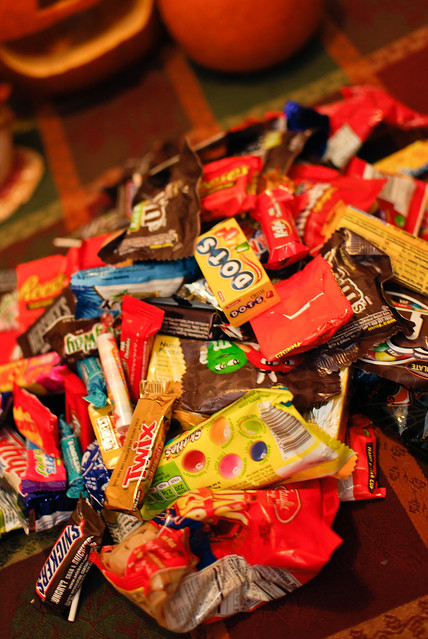 Remember when only one house in the neighborhood gave out full sized candy bars? And, if you were smart, you made that one of the first stops of the night. Well, this neighborhood really knows how to do Halloween. E brought home 11 full-sized candy bars. 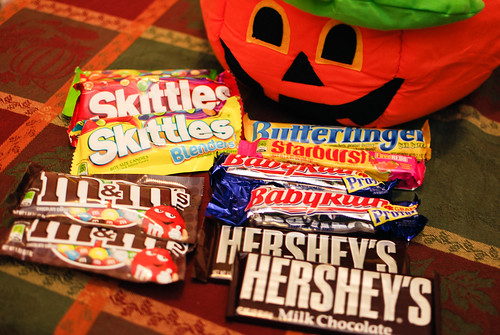 Let me tell you how smart my kid is. He loves Hershey bars and M&Ms. The majority of his Halloween bag was Hershey Bars and M&Ms. Well played kid. 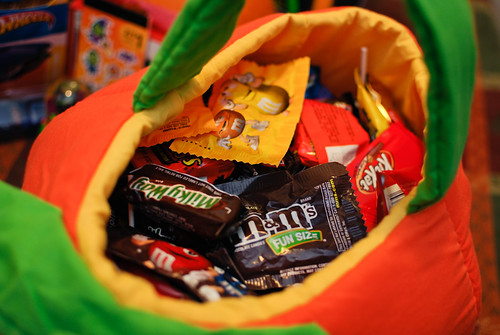 And don’t think Benny was left out {even though I don’t have one decent picture of him but I will be correcting that today}, he made out pretty well himself! 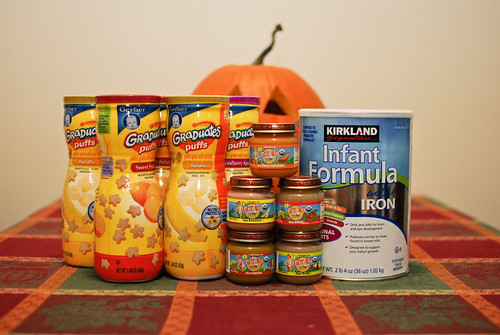 On the way home, we asked him what his favorite part of the night.

“Well…it was not walking into that mailbox.” 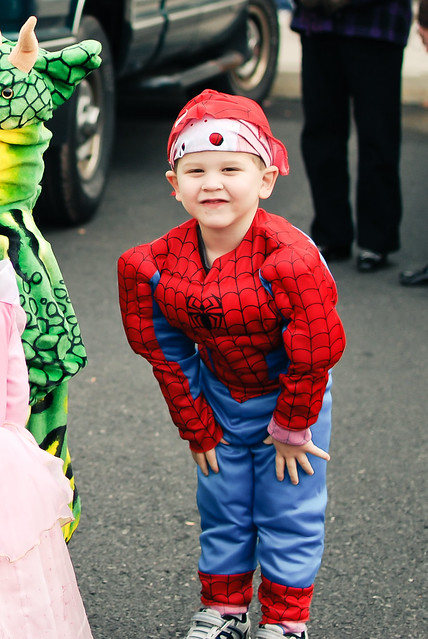 God, I love that kid!

Hosted by Cecily and Lolli
BOO!! Link up your Halloween Hangover Posts!