You are here: Home / Home & Family / This is How We Roll
0shares

For the third week in a row, we have a snow day. Technically, it’s an ice day. But whatever you want to call it, we are all home.

Our morning wake up call was the power going out. I crossed my fingers that E wouldn’t get up. But it was like the power going out was his alarm clock. He kept telling us that we need to put batteries in the lamp for it to work. Fortunately, he was a trooper. We all snuggled in bed to keep warm and he was being absolutely adorable. We played hide and seek, he used the hubster and I as ramps for his cars, and of course, snuggled.

Thankfully, the power was only out for an hour. We were very lucky! Normally when our power goes out, it’s out for a really long time.

Now that the power has been back on {and the fact that we’ve had a snow day once a week}, we are running out of things to do.

First we had to wash our hands about a million times and of course we have to wear our Woody the Cowboy hat.

Next, we played Play Doh {which totally cancels out washing our hands}. 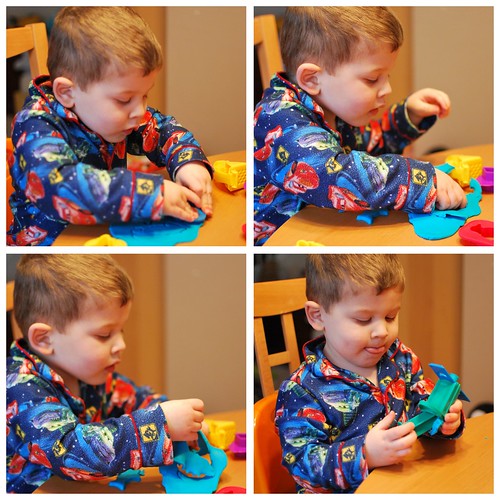 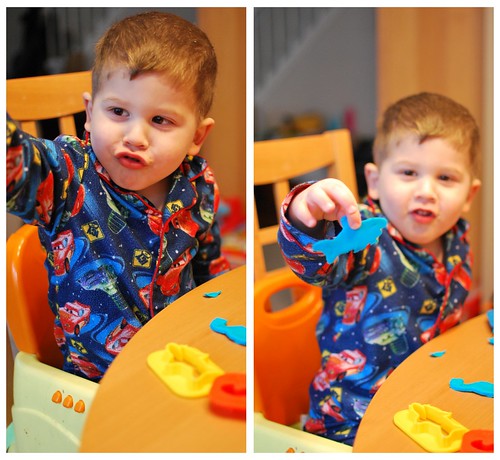 Then, we stole Mom’s iPad and insisted on watching a show {which is where we currently are}. 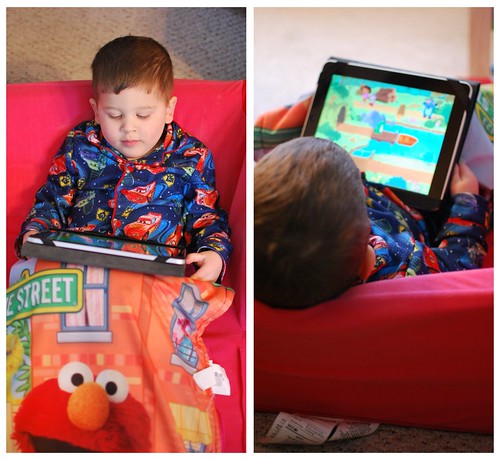 I decided it was time to get some stuff done so I threw a load of laundry. Maybe {or maybe not}, I’ll clean the kitchen. We are making homemade pizza tonight {we don’t want dirty counter tops in case I decide to take some pictures!}.

Hope everyone is staying warm! And can I get an Amen for Phil! Thank you for not seeing your shadow this morning, furry man. We are so ready for spring!