Last week, my family unfortunately had to say goodbye to my grandfather. After a 20 year battle with heart disease, it was all too much for his ailing heart.

I got the call Monday night that things were not looking good and that we should head down to the hospital. Earlier that afternoon, my grandfather would have suffered his last heart attack. They rushed him to the hospital where they told my father that he would not make it through the night. The family was quickly assembled together and we were all at his bedside. 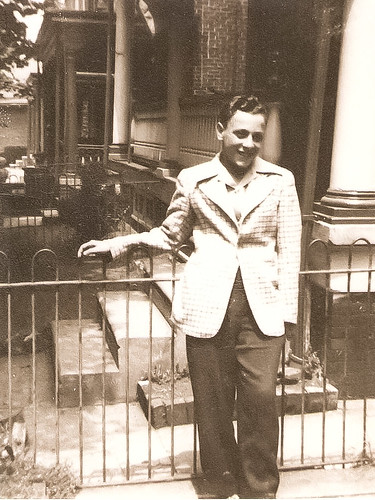 When I first I arrived, I had expected the worse. I expected to see him with tubes and IVs and that he wouldn’t be conscious. I was surprised when I walked into the room to see him sitting up and hear him say “Hey it’s Stephie!”. I had a glimmer of hope. A hope that he would hold on just a little longer.

As we sat around and talked, the hope grew more. My grandfather was making jokes and laughing in between taking cat naps. He told us about how during high school, he only went to school four days a week. He never went on Fridays. He asked for us to tell jokes. And then, he talked about how he was looking forward to getting a good night’s sleep that night. That he was looking forward to seeing my grandmother. It had been a long 22 years since her passing. 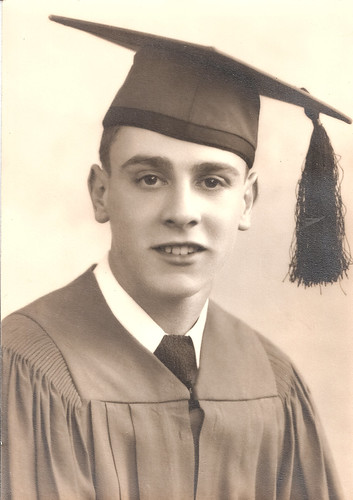 When the priest came in to perform last rites, I had to leave the room. I wasn’t ready to accept that this was really happening. After the priest left, he looked us all in the eye and said “I am at peace with the world. I am ready. I am not afraid.” Any glimmer of hope I had went out the window. For a moment, I was sad. Then, strangely, I was happy. It’s not often that you get to hear from someone before they die that they are ready to die. For whatever reason, hearing that from him has made his passing just a little more bearable.

He is no longer suffering.

He is no longer in pain.

He told us that he was looking forward to the big party that was surely waiting for him. He and my grandmother were infamous for their parties. They really knew how to live it up. And if I had to guess, they are having the grandest party right now. 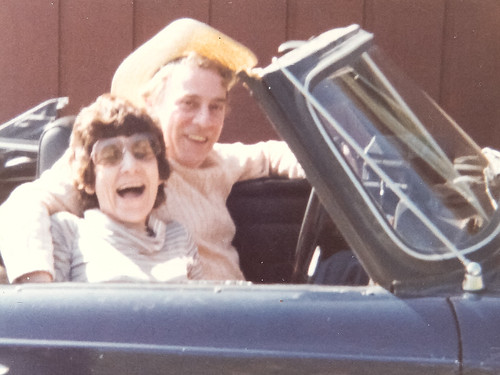 My grandfather loved Christmas. I think what made it the most special to him was that it was all about the family. We all got together. We had a family pollyana. We drew names on Black Friday. I got my grandfather. Before we left that night before he passed, he said “Whoever has me for pollyana, make sure you get me the right CD. I want the new Andrea Bocelli CD. Not the Christmas one. The one from Central Park.” I took note and was going to run out and bring it the next day. Sadly, he passed away in his sleep and I never got the chance to give it to him. At his viewing Friday night, I brought the CD. I put a little red bow on it and placed it in the casket with him. On Saturday, when we said our final goodbyes, I left it with him. After all, he really, really wanted it. 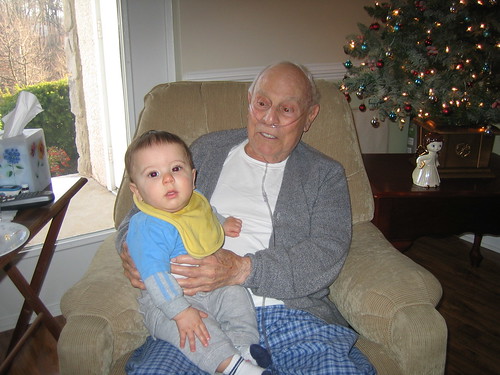 I used the songs on the CD for a slideshow that we played at the luncheon following the services. How fitting that the first song that played was “Time to Say Goodbye”. 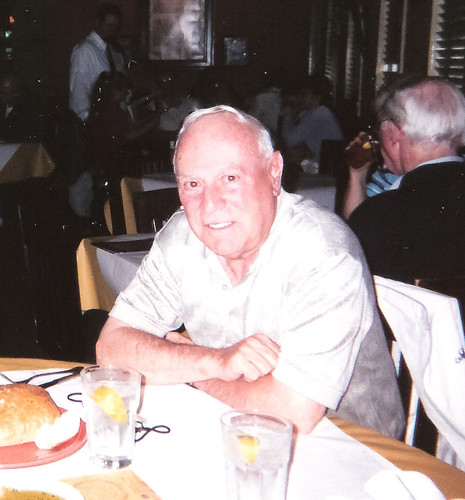