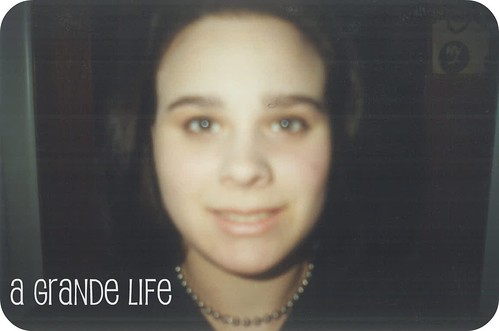 15 was a difficult year for me. I was a sophmore in high school and didn’t really fit in. I went to a private school in the “rich” area. Don’t get me wrong, we weren’t poor, we just weren’t that rich. I made a few friends at the high school but my real friends were the ones in my neighborhood.

And they got me into some trouble.

It all started off as a once in a blue moon thing, only at parties. Then it progressed to every weekend. And then it was every day. I got home at 2:30 and my parents didn’t get home until almost 5 so I had a good 2 hours to do whatever the hell I wanted.

We would meet in a parking lot that was only a block away from house. Thinking back on it, it probably wasn’t the smartest idea. But let’s face it, we weren’t necessarily making the best decisions. It was there that I tried my first joint, my first ‘shroom, my first speed, my first E. I used to take pride in the fact that I wasn’t doing anything “bad”, as in heroin or cocaine. These were the “fun” drugs. Or so I thought.

We lived in a small town and there wasn’t much to do. We had a park and that was about it. When we didn’t have anything to do, we met in the parking lot and found something to do. We were all pretty close. I don’t know if it was the drugs that made us close or if we were actually friends. At the time, it didn’t matter. I had a “family.”

I still don’t know if parents ever knew what was going. I hid it pretty well. Sure I came home smelling like smoke, but they knew most of the kids smoked cigarettes. They never thought twice about it and I used that to my advantage. I would stand in the middle of the crowd making sure I soaked up all of their exhalations.

If they did know what was going, they never let me know. I still don’t know if that was a good thing or bad thing.

The kids at my high school, along with the rest of the world, would have been shocked if they found out what I was doing. At school, I was a “good” kid. I made the right friends, got good grades (I still don’t know how that happened), and was involved in the school. But the moment I stepped off the bus, I was a different person.

If I could change my past, I wouldn’t. Not at all. It made me into the person I am today. But I still struggle over whether this is something I will talk to E about. Let’s face it, if the kid every tries any of the crap I did, I’ll be the first to know (I hope). I know just about all the tricks to hiding it. Although, I’m sure I’ll miss a few.

I also struggle with what to say if when he asks if we ever did drugs. The hubster is about as straight as a board so he has nothing to worry about. But me? Not so much. Do I lie and say no? Do I tell him the truth? I don’t want him to think it’s ok to do it. It’s not.

I really debated on whether to put this out there. What if E finds it 13 years from now and uses it against me? What if my parents find it?