Clearly, you haven’t hit three yet.

I was once told by a very knowledgeable Home Depot employee the following.

“It’s the terrible two’s, the horrible three’s, and the f-ing four’s.”

My oldest was two at the time and in the throes of the terrible twos. I laughed. She didn’t know what she was talking about. How could it get any worse? It could only get better, right?

How naive I was.

I am here to tell you that three is no picnic. And if four is worse than three, then I would like to skip right on over to five. I seriously do not know how much more I can take.

We have tried everything we can to “discipline” this behavior. We’ve ignored. We’ve taken toys away. We’ve put him in time out. We’ve sent him to his room. We’ve taken away the iPad {the horror!}. Nothing works. The only thing that ends happening is one or both of us in tears and a lot of giving in.

I wish I had the magical cureall cure all for the horrible three’s {and the terrible two’s and the f-ing four’s}, I would share it with the world. But I don’t.

But I do have wine! 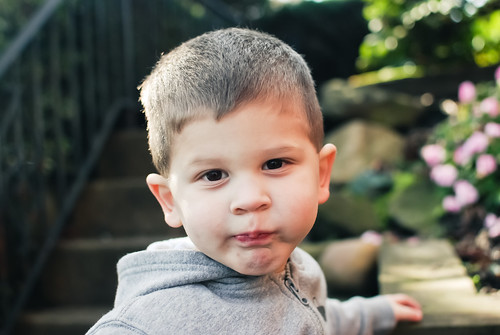