You are here: Home / Home & Family / I love days like this.
0shares

You know, I think I enjoy snow days more now as an adult then when I was a kid. I remember one winter where we were off of a school for over a week. It was fun at the time but then we had to make up the school days. Now, I don’t have to make up those days. I am fortunate to work somewhere that I do get snow days {and get paid for them!}. I love getting that call at 5:30 am. No seriously, I do.

The hubster is also fortunate and can work home on snow days {in fact, it’s encouraged for safety reasons}. We started off our family snow day the best way. FRENCH TOAST! It was so yummy and E gobbled up 2 pieces {a true test on how good it was}.

The hubster then decided it was time to at least clear the front steps and clean the cars off. We knew the plow would be coming soon to do our parking spaces. E waited patiently inside. 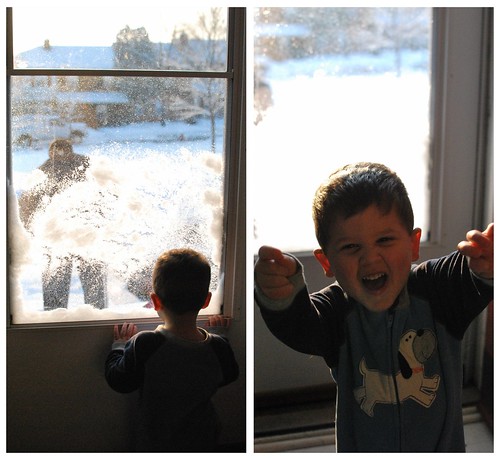 He was dying to get out there and play {it was just way too cold at that point}. We told him he could play after his nap and he lost it. He was convinced the snow was going to go away by that point.

After a morning of doing absolutely nothing, we had lunch and it was time for naps {for me and E!}. The kiddo was so tired he slept until almost 4 pm! The first words out of his mouth was “I play in the snow now.” Who could say no? We decided to let him play on the deck {he would be contained and I could watch from the comfort of the kitchen}. 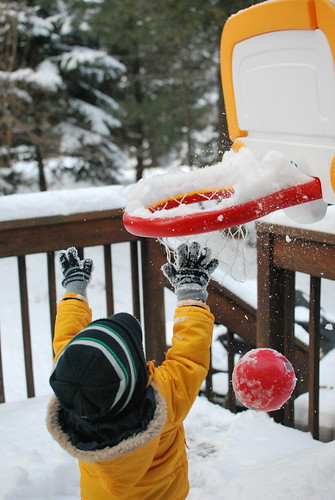 It didn’t take him long to figure out how to throw snowballs. And I unfortunately was his main target. 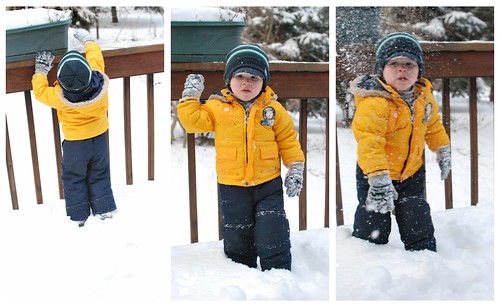 And of course, the joys of eating snow. 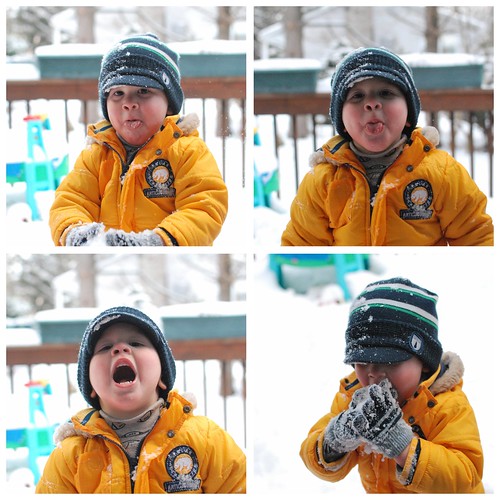 Just think next year, I’ll have 2 kids playing in the snow!

We ended our family snow day by making Auntie Anne’s pretzels. MIL gave us the kit for Christmas and we just never got around to making them. I don’t know why we waited so long. They were just as good as getting them at the store! 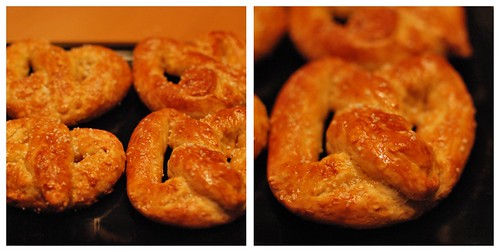